skip to main | skip to sidebar
Live always at the edge of poetic possibilty, even in the face of severe prose. - Walter Bruggemann

N is for New Haven
One month ago I moved to the City of New Haven in Connecticut. New Haven is home to Yale University, the Amistad Schooner and lots of 17th Century history of the first settlers to the new land. I've shown you a few photos of the immediate New Haven Green area. There are lots of great neighborhoods and history that will show up in later ABC Wednesday posts. 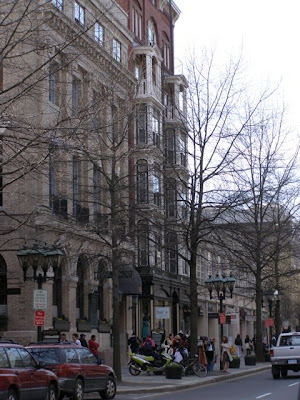 A view down Chapel Street that runs along New Haven Green. The 17th century Puritan founders chose a nine square plan with streets and houses that surrounded the Public Square. 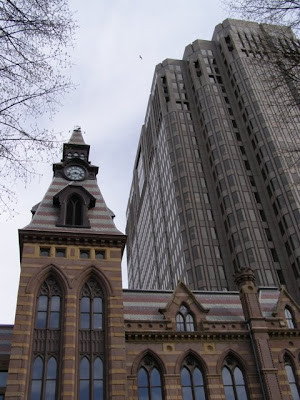 The immediate building in the front is City Hall. The carillon chimes to mark the hours. I liked the old framed by the new building. 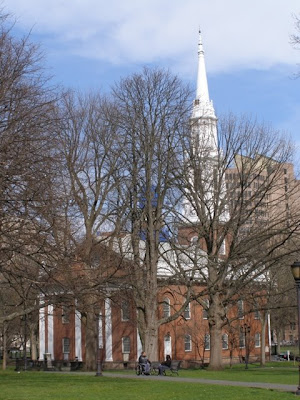 On New Haven Green there are three churches that sit side by side. One is Episcopal and the other two are United Church of Christ. 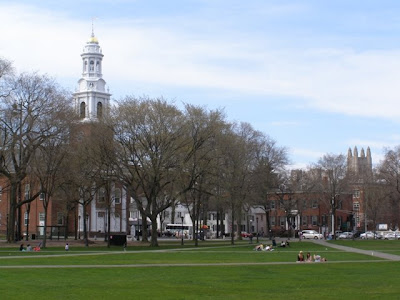 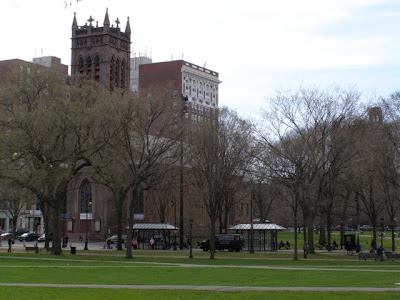 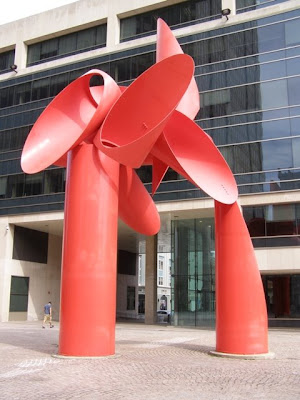 This sculpture sits in the city hall plaza. It's titled "On High" by Alexander Lieberman.
To view more ABC Wednesday posts click here.
Posted by Suzanne at 11:54 PM 6 comments:

M is for My Mom 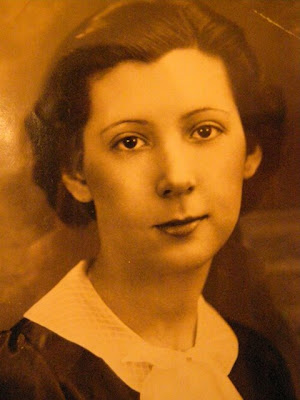 L is for Lace
My daughter is getting married in September and we've been looking at dresses. She has found her dress and she found some other beautiful lacy dresses too. You'll have to wait until September to see "the one"! 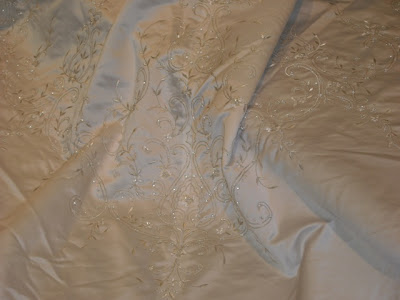 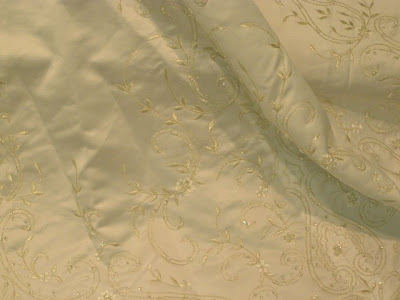 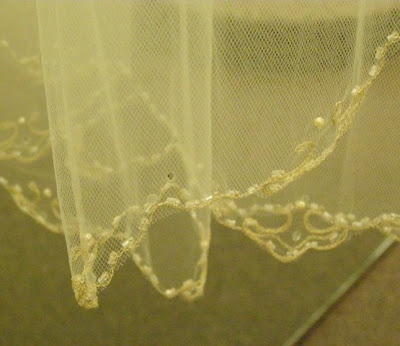 For other great L posts see Mrs. Nesbitt at ABC Wednesday...quick...time is running out...go now...fast...before it's too late.
Posted by Suzanne at 5:16 AM 6 comments:

K is for Kormorant. I was on Cape Cod in October and found the kormorants sitting on the sand sunning themselves. Then, something spooked them and they all took off. It looked chaotic at first but then they got it all together. I think that kormorant can also be spelled with a c as in cormorant. I've been saving these photos for my K entry so there you go! 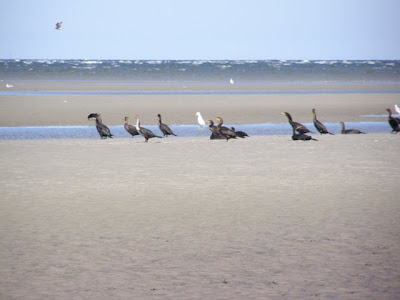 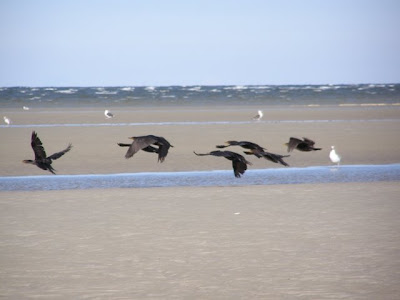 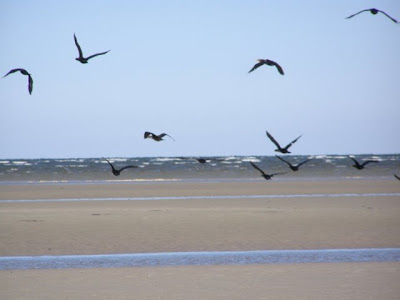 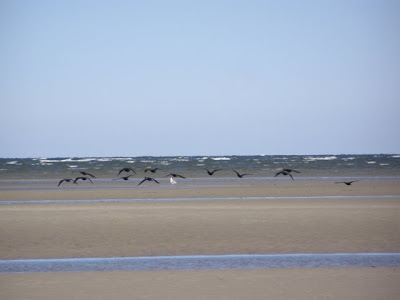 For more K entries you can see Mrs. Nesbitt at ABC Wednesday.
Posted by Suzanne at 10:35 PM 7 comments: 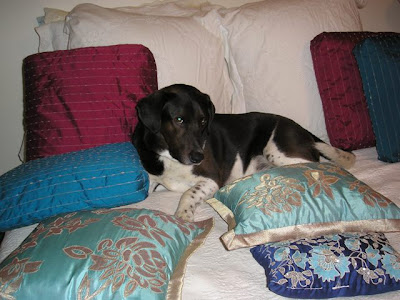 I SO didn't mess up these pillows.

A J late and a dollar short.
That's what I am this week, late. Even though it is Wednesday still in Connecticut, I realize that most ABCer's post on Tuesday. So, here's a late J and not so creative, but... 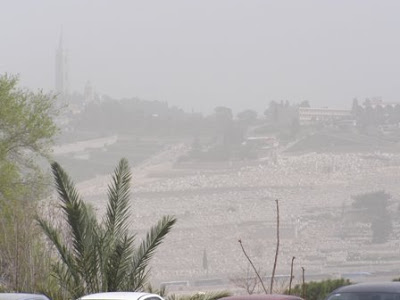 This is a photo of Jerusalem during a hamseen. Hamseen's are hot, dry winds that blow in from the desert and stagnate. They last for a day or two and then when the winds kick up but they are cool and they blow all the schmutz out of the air. The schmutz...sand!
Check out Mrs. Nesbitt and the other ABC posts.
Posted by Suzanne at 10:19 PM 5 comments: 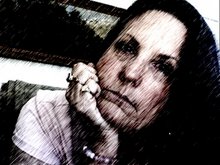 From a Thin Place

Journal. Diary. Copious Notes. Musings. Thought. Reflection. Observation. Welcome to A Thin Place. All of this, maybe more, is a record of my year in Jerusalem - the thinest place on earth.

A "thin place", in Celtic tradition,
is someplace, anyplace, where the
spiritual world and the mortal world come so close to one another that you almost see, definitely feel, and maybe even can touch the presence of God. I suspect that my life in Israel will contain moments of clarity just like this. The opaque will become translucent, the hazy clear, and God's presence a reality.

Suzanne
Orange, Connecticut, United States
After serving congregations in Fairfield, Bridgeport, and Wilton, CT I am the Senior Redevelopment Pastor at Orange Congregational Church in Orange, CT. Prior to that I lived in Jerusalem (the real one) and I have three GORGEOUS children, the loves of my life.